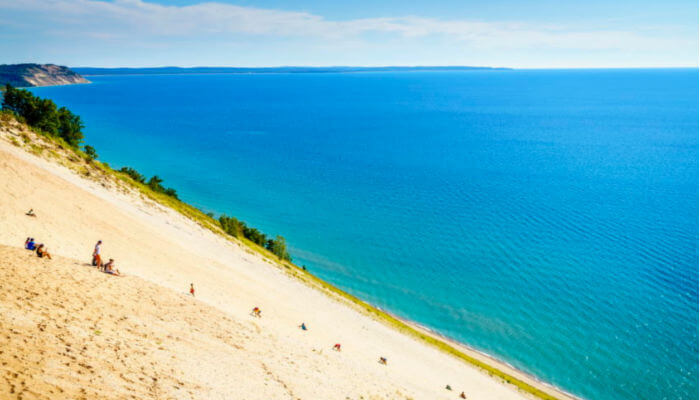 Q: If you think back to your childhood, were there any signs of a budding winemaker in the making? What aspects of your personality are particularly suited to this industry?

A: No signs whatsoever. My parents weren’t wine drinkers (Mom’s go-to cocktail was Canadian Club and club soda). As to part 2, I like learning new things, which is something I particularly liked about being a general litigator (Editor’s note: this was Kevin’s “past life”). Each case was potentially new and gave the opportunity to learn some new aspect of the law. I also LOVED being in school and enrolling in the viticulture and enology program at Southern Oregon Wine Institute gave me the chance to relive that experience.

Q: You came to winemaking later in life. What was your focus for the earlier part of your career and why did you seek to become a winemaker?

A: The first bottle of wine that I remember trying was in college. My roommate bought something French and red from Village Market across the street from our basement apartment. It was awful! Sandy gritty tannins.

Sometime in the early nineties, I bought a book called “The Game of Wine” that described the different winemaking regions and styles in Europe and the US. For some reason, I was intrigued. I still have that book. I began buying wine from a local market near our home in Ferndale, Mich. I struck up a relationship with the “Wine Guy” there. (A note to all you young people out there: find yourself a good wine person. They can be your guide to figuring what you like or don’t like.) It was about that same time that I became interested in cooking, fueled in large part by a rotating supper club among some friends. For some reason it was the guys who did the cooking; perhaps not shockingly the cooking became competitive pretty quickly. My initial (and continuing) interest in wine has all to do with pairing it with a meal. My weekend routine was to visit my Wine Guy, who would ask me what I was cooking and then make a suggestion or two for a good pairing.

During some of my reading about wine, I’d heard about the enology program at UC Davis (insert sound of Angels singing here) and would idly dream of enrolling someday. Not very practical living in Southeast Michigan.

Prior to moving to Southern Oregon in 2014 my focus in life had been raising a family and practicing law. When I followed Anne here (as the trailing spouse), I was really not interested in opening my own law practice. As part of my halfhearted attempts to open a practice I joined the Chamber of Commerce. I missed a meeting one week. The minutes of the meeting mentioned that the speaker had been Chris Lake, the director of the viticulture and enology program at SOWI. Very quickly after that I called Chris and made an appointment to visit the school.

Q: Your winery focuses on producing small-batch southern Oregon wines, with emphasis on Pinot noir and Tempranillo. How would you describe your winemaking philosophy?

A: One correction: I focus on Tempranillo while periodically venturing out into other varieties. 2018 was Pinot. 2020 and 2021 are Syrah. 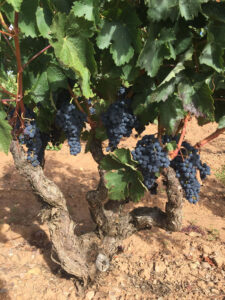 A: As a winegrowing region, southern Oregon benefits from its climate and from its geography (or perhaps topography). In terms of climate, we enjoy long, dry, hot summer days and cool summer evenings that grapes love. These daily temperature swings (or diurnal variations) help the grapes ripen while still maintaining acidity in the berries. Grapes grown in regions that are just hot both day and night tend to shed acidity and can be “flabby.” Geographically, southern Oregon has a “rumpled” landscape. Nestled (vastly overused wine industry descriptor) among two mountain ranges, southern Oregon is blessed with many different, small microclimates that let us grow cool-weather varieties such as Pinot, as well as warm weather varieties such as cabernet sauvignon and Syrah.

Q: What are your dreams for the future—of North Bar Cellars, southern Oregon wines, and Oregon’s place in the larger world of wine?

A: At my age, North Bar Cellars will continue to be a 1-ton-per-year producer. At most I might stretch to 2 tons if I found something truly compelling. My dreams are modest: make excellent wine that I like to drink while also having some commercial success so that I can justify the cash outlay. For southern Oregon, I hope that as a region we figure out how to become a true wine destination. We presently lack the tourist “infrastructure” necessary to make us a true wine destination: good hotels, good restaurants and interesting and varied shopping. Walla Walla is for me the perfect wine destination town because it has all of that plus a myriad of great wineries. I don’t really have specific dreams for Oregon as a whole, except to continue to grow as a winemaker and wine traveler destination. Now, a few questions related to marketing:

Q. What’s the story behind the North Bar Cellars name? 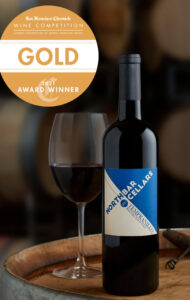 A. North Bar Cellars is an homage to my favorite place in the world: Northern Michigan. For many years my family had a cottage on the Lake Michigan shore just north of the Village of Empire. Just up the beach from our cottage is a small inland lake called North Bar. North Bar is spring-fed and is separated from the big lake by a sandbar. About every 6 weeks or so the water level in North Bar rises sufficiently that it would punch through the sandbar. Over the course of a few hours, that breach would open to 10-20 feet across, and water from North Bar would rush out until the water levels equalized.

Q. How did you go about designing your labels? Your website?

A. My label began with a concept, again based in Northern Michigan. A couple of miles up the beach from North Bar Lake is Sleeping Bear Dunes. These are a perched dune that sits on the edge of the big lake. The Dune rises 400 feet above the lake, and we used to climb up to the top and then run back down. If you stand atop the dunes and look down at the water, you will see the waterline dividing the creamy sand from the brilliant blue lake. The two triangles on the label represent the sand and the water. My daughter-in-law, Sara Baumberger, is a graphic artist, and she took my concept and converted it into a label. My website was created by Pinetops Creative in Portland. I worked in collaboration with Mallory and Martin to bring my concept to life. Brian Dierks provided the photos. The excessive number of Dad jokes is solely my work.

Q. How important is social media in your marketing program?

A. Probably 90% of my sales are via social media, mostly Facebook and to a lesser extent Instagram. My wines are in a few local wine shops, but they had very little movement in the last year, largely due I’d say to the Pandemic.

Q. What importance do you place on medals? Scores?

I’m somewhat cynical about medals, given the large number of medals typically given out by competitions. That said, medals are a resource that consumers rely on, and can vouch for new wines that are unfamiliar. A case in point: my 2017 Tempranillo won a gold medal recently. When I publicized the medal, I had more orders than I’ve ever had before, not only for the Tempranillo (which I just released) but also my 2018 Pinot Noir that had been released for a year.

Q: Final question: If you were to give advice to someone considering becoming a winemaker, what would it be?

A: Winemaking looks glamorous only from a distance. As Simple Machine’s Brian Denner says, winemaking mostly consists of making a mess, cleaning it up, and then doing it again. There’s no way around it: winemaking at any sort of scale takes money and a lot of it. A new French barrel costs $1,000. A ton of grapes costs between $2,000 and $2,800 in this area. Winemaking fees may be $40 per case or more for red wines. Winemaking also has perhaps the slowest ROI of any industry I know. A newly planted vineyard may take 3-5 years before it will begin regular production. Red wines may take years to age before they’re really ready to release. I just released my 2017 Tempranillo somewhat ahead of schedule. Given its tannin structure, I’d planned to wait until the end of the year to release it. But to my surprise, it won a medal at a wine competition so I decided that I should strike while the iron hot.

If you want to be competitive in the employment market (as opposed to just making your own wine), consider enrolling in a good 4-year wine program. Also, doing several back-to-back harvests (fall in the US and Europe and winter to us in the Southern Hemisphere) will really build your credibility. You’ll also need to be prepared to move around—a lot—if you want to advance. One of southern Oregon’s challenges is that most of the wineries here are Mom and Pop operations. They don’t have the capital or the need for fancy, well-paid winemakers. All of that notwithstanding, I do enjoy it and the joy I get from the finished product is worth the hassle. 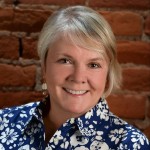